Veteran engages in a new fight

Ken Schweizer has lived through a lot during his 78 years. 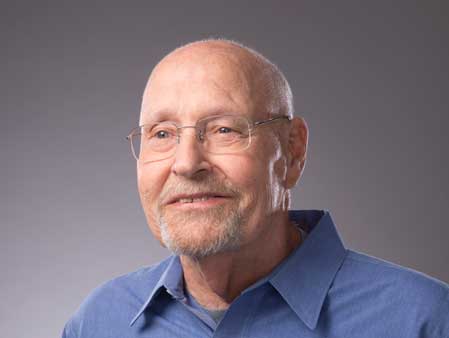 He was an engineer in the Army during the Korean War. He worked in construction, moving from California to Australia and back. He built a family with his loving wife, with children and grandchildren he dotes on.

And for nearly 13 years, Ken has been living with prostate cancer.

Ken was diagnosed at age 65 after a regular physical led to a prostate biopsy and PSA test. He’s been on and off chemotherapy ever since and still undergoes androgen deprivation therapy (ADT). His doctor wants him to continue chemotherapy for as long as he can handle it, so Ken attends regular sessions to keep his cancer under control.

Recently, Ken tripped and broke his hip due to the brittleness of his bones caused by ADT, but he still faces it all with a smile, supported by his loving family. He was able to celebrate his granddaughter’s birthday even with a broken hip; his entire family visited him in the hospital to throw a party.

“I’m happy to still be around here. Let’s face it: more than 10 years ago, I was told I didn’t have much chance. Why not be happy? I still do everything I need to do.”

This positive attitude carries him through the days and years. Ken says he feels lucky to have been able to experience so much time with his grandchildren, and he holds out hope that prostate cancer treatments will keep improving.

His advice for other patients?

“The only thing I can say is, stay positive. That’s been my experience. I didn’t let it get me down; in fact I worked through the first seven, eight or nine years of it. I worked 10 to 12 hours a day, while dealing with prostate cancer.”

At 78, Ken has stopped working, but his optimism and determination to beat prostate cancer are as inspiring as ever.